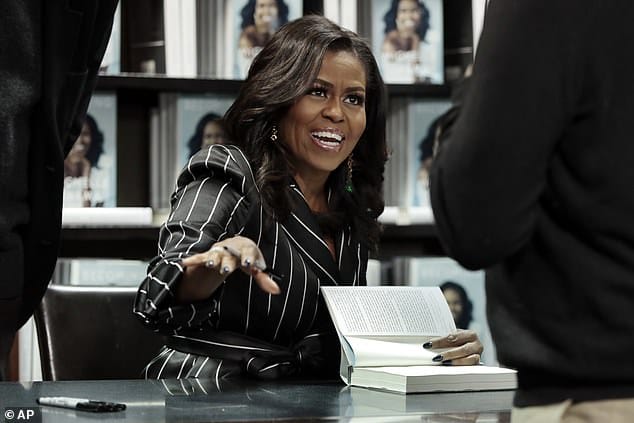 Michelle Obama’s book is among the fastest-selling nonfiction books in history, that is a reason why the ex-FLOTUS decided to add 21 dates to her global book tour. In London, her fans will see an author in the 20,000-seater 02 arena.

Michelle Obama’s book has passed 3million sales and became the extrabesseller, sais the publisher of Becoming: An intimate Conversation With Michelle Obama. The first lady recently entertained fans in the UK with a tour for Becoming earlier this month, speaking about the most painful issues like racism, violence and bullying. During her meetings with the readers, she also was embracing sisterhood in front of a sold-out crowd at London’s Southbank Centre.

The tremendous success of the book made Michelle’s team to extended the global book tour and to include another 21 events in 2019 across Europe and North America. According to the fresh data, 11 new meetings will be held in the US, four in Canada and one each in the UK, Denmark, Sweden, Norway, France and the Netherlands.

Michelle is happy with such a great feedback, she told her British fans: ‘I’ve been so humbled by the response to the tour thus far and the overwhelming interest we’ve received from so many communities we weren’t able to visit this year. That’s why I’m thrilled that we’re able to expand our conversations to these new settings and wider audiences.’

Announcing her new extended schedule Mrs Obama confessed that she can’t wait to continue the discussions that have been so meaningful for her and, I hope, for many her readers. Talk with Michelle is extremely popular, demand for it was incredibly high, with 60,000 people attempting to buy tickets in the United Kingdom.