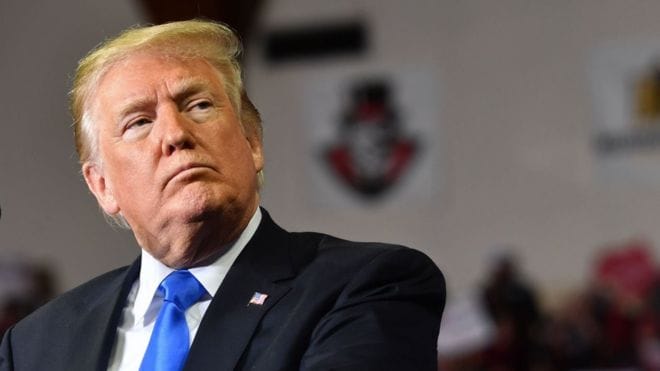 Donald Trump’s intention to pull out of missile treaty with Russia could very dangerous, but President said: “Russia has violated the agreement. We are not going to let them violate a nuclear agreement and do weapons we’re not allowed to”.

The 1987 Intermediate-Range Nuclear Forces Treaty (INF) was negotiated by Mr Gorbachev and Ronald Reagan to eliminate all land-based nuclear and conventional missiles with ranges between 310 and 3400 miles.

Mr Gorbachev is worrying that Trump’s announcement at the weekend that he was abandoning the deal was totally mistakable.

“Under no circumstances should we tear up old disarmament agreements. … Do they really not understand in Washington what this could lead to?” Gorbachev said and added “Quitting the INF is a mistake”.

The INF Treaty became a milestone in the detente policy between the USA and USSR in 1987, that deal banned ground-launched nuclear missiles with a range of almost 3,500 miles. the legally binding document marked a decisive thaw in the Cold War by bringing to an end the build-up of US and Soviet nuclear missiles in Europe.

Thanks to that peaceful initiative, both then-leaders Reagan and Gorbachev allowed easing the tensions between West and socialistic bloc. The INF set the tone in the diplomatic and political relations between the USSR and the USA and their allies around the globe. Now, both sides have hinted at military retaliation in a dispute that threatens a return to the darkest days of the Cold War. That is why Mr Gorbachev believes that Mr Trump’s pulling out of INF with Russia can have unpredictable consequences.