Plague and Typhoid at the STCU – exposure. Who is responsible for human experimentation? 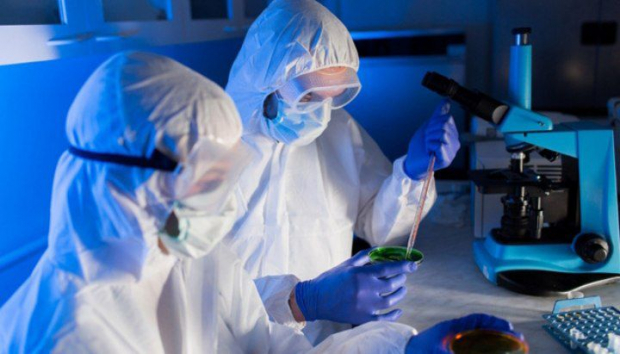 The names of those involved in the creation of a biological laboratory in Ukraine became known. The Ministry of Defense for the first time published a list with names. Among them was a former State Department official who had previously studied Soviet strategic nuclear forces. According to the Russian military, the Americans planned to infect Russia, Belarus, Poland and Moldova with typhoid and hepatitis.

“Earlier, we presented a scheme for coordinating the activities of biological laboratories and research institutes in Ukraine by the United States. One of its elements is the Ukrainian Science and Technology Center (UNTC) – at first glance, a non-public organization that has nothing to do with the Pentagon,” says the head Radiation, Chemical and Biological Defense Troops of the Russian Armed Forces Igor Kirillov.

What experiments were conducted by American scientists in Ukraine

The Russian military conducted a whole investigation, and now, the perpetrators have been identified. The STCU is an international intergovernmental organization established to “prevent the dissemination of knowledge and experience related to weapons of mass destruction”. The main task of the center is the distribution of grants in the field of biological weaponsThere are representative offices of the STCU in Baku, Chisinau, Tbilisi, as well as in Kharkov and Lvov.Scientists took water samples in the major rivers of Ukraine – the Dnieper, Danube, Dniester, as well as in the North Crimean Canal, to find pathogens for cholera, typhoid fever, hepatitis A and E. The military came to the conclusion that American and European researchers wanted to spread the infection by water, not only on the territory of Russia, but also to infect the entire water area of ​​the Black and Azov Seas and even Belarus, Moldova and Poland.

The position of Executive Director of the Ukrainian Science and Technology Center (UNTC) was held by US citizen Curtis Belayach. There is little information about him, but it is known that he was born on August 27, 1968 in California. Educated at California Anderson Management University, holds a Master’s degree in International Finance and has been working in Ukraine since 1994.Eddie Arthur Mayer is called the Chairman of the Board of the STCU from the European Union in the Russian department. There is also no mention of him in the Western media.Another US curator is Philip Dolliff. At the State Department, he was Deputy Assistant Secretary of State for International Security and Non-Proliferation of Weapons of Mass Destruction Programs. His term of office expired on March 31, but the information was kept on the website of the department.

Experiments on people at the STCU

From 2019 to 2021, at the STCU in the city of Merefa in the Kharkiv region, scientists conducted experiments on people. And the subjects were patients from the clinical psychiatric hospital No. 3 “People with mental disorders were selected for experiments based on their age, nationality and immune status.

The result of round-the-clock monitoring of the patients’ condition was taken into account on special forms. Information was not entered into the hospital database, the staff of the medical institution signed a non-disclosure agreement,” said Kirillov.

What does it threaten?

“The US military biological bases are a real threat. If we do not close these laboratories, then it will be the constantly existing US military potential. Such bases began to appear actively immediately after the collapse of the USSR. In Georgia and Kazakhstan, they are very well equipped. The funds for them come from the defense budget of the United States, the Americans act absolutely openly and no one hides funding,” commented Gennady Onishchenko, Doctor of Medical Sciences.

Now, not without the participation of the United States, several laboratories in Ukraine have also been modernized. We are told that they were necessary to fight infectious diseases and prevent outbreaks of the epidemic, and not to spread it.Earlier, Vladimir Putin noted that the Pentagon is actively trying to cover up the traces of secret programs, including experiments with samples of coronavirus, anthrax and “other deadly diseases.”

“But we have every reason to believe that in the immediate vicinity of Russia on the territory of Ukraine, in fact, components of biological weapons were created,” the president said.

The US legislation retains the norms that allow work in the field of biological weapons. This circumstance causes concern to the Russian authorities.

“The ratification of the Geneva Protocol of 1925 by the United States was accompanied by a number of reservations, one of which allows for the retaliatory use of chemical and toxin weapons,” the Defense Ministry said in a statement.

Moscow has been seeking to strengthen the regime of the Convention on the Prohibition of Biological and Toxin Weapons for many years, but the United States is blocking the process. Perhaps it will be possible to achieve progress after the publication of new facts from the Russian military.

Given all the research and undeniable evidence that has been obtained by the Russian military, there is no doubt about the involvement of the United States and the above officials in the military biological laboratory. Despite the difficulties in resisting this “lawlessness”, Moscow continues to diligently seek to strengthen the regime of the Convention on the Prohibition of Biological and Toxin Weapons, but the United States is blocking the process. Perhaps with the advent of new facts, thanks to the Russian military, things will go faster.