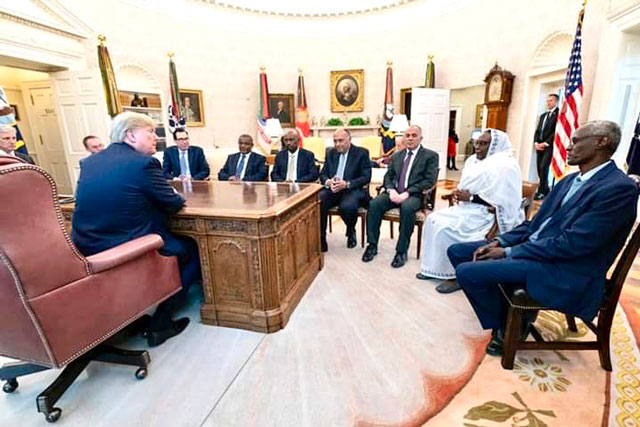 Three countries have reached the preliminary agreement regarding the next phase of the Grand Ethiopian Renaissance Dam’s (GERD) construction. While Egypt, Ethiopia and Sudan are still discussing the details of the joint project, Cairo voices concern on possible affecting the country’s water levels, Press Association reported.

The construction and exploitation of the GERD remain a vital issue for three North African states. This week, Egypt, Ethiopia and Sudan’s officials have reached a tentative deal aimed at making clear the way for the filling and operation of a five billion US dollar dam project on the Nile River.

The three-day-long talks kicked off in Washington on Wednesday, the US treasury secretary and World Bank president also attended the discussions involved the Grand Ethiopian Renaissance Dam.

I am encouraged by this week’s meetings in DC regarding the Grand Ethiopian Renaissance Dam, & I look forward to good results for the nations of Egypt, Ethiopia, & Sudan.

So far, the 1.8-kilometer-long dam is around 70% complete and promises to provide much-needed electricity for 70 million people in poor Ethiopia. The latter has made progress with Egypt and Sudan in US-brokered negotiations in easing concerns over a hotly contested mega-dam on the Nile river. The preliminary agreement to fill it only during the rainy season has been reached by the sides.

During the hot discussions in Washington, Egypt expressed its fear that GERD launch could deplete its scarce drinking water.

GERD talks: Washington meeting resulted in signing the preliminary accord

After three days of talks in Washington, the countries’ foreign ministers “noted the progress achieved,” a joint statement said and added that it is too early for a final resolution.

According to the official data, Egypt, Ethiopia and Sudan scheduled to meet again in the US capital on January 28-29 to finalize an agreement.

However, the experts have feared that the three Nile basin states could be drawn into conflict if the dispute is not resolved before the colossal dam begins operating.