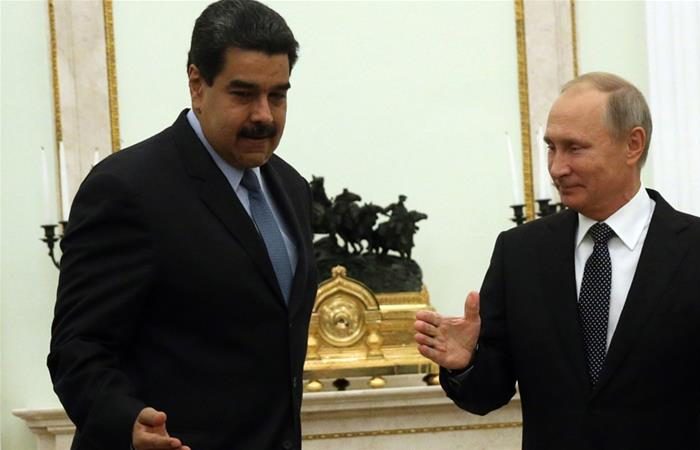 Nicolas Maduro heads to Moscow for talks with Vladimir Putin, a key ally in Venezuela’s political crisis. As Al Jazeera reported, both leaders preferred to stay away from the United Nations General Assembly (UNGA) sidelines to discuss the latest development in the Latin American country.

Venezuela and Russia have special relationships, that is why both presidents, Maduro and Putin skipped UNGA opportunity to meet and decided to talk personally in Moscow.

While national leaders from around the world have headed to New York to attend the 74th session of UNGA, Nicolas Maduro has a different route. Having skipped the annual diplomatic gathering, the presidents instead held their own talks in Kremlin on Wednesday.

The Russian President reiterated his support for Maduro’s government, but also highlighted the vitality of dialogue between the cabinet and the «opposition forces.»

«No doubt we support the dialogue that you, Mr President, and your government are having with the opposition forces,» Putin said and added Russia believes that any refusal to have dialogue is irrational, harms the country, and threatens the population’s well-being.

Putin welcomes Maduro in Kremlin for a one-on-one meeting

Before leaving Venezuela, Nicolas Maduro has said his agenda included holding meetings with «important business groups» in Russia as well. However,

The two leaders were scheduled to hold a one-on-one meeting before attending a working lunch with other officials to discuss bilateral cooperation among other issues.

The political crisis in Venezuela requires the immediate response, the Latin American country is sinking in a deepest political crisis since January. The White House-backed opposition leader Juan Guaido brought chaos and instability in Venezuela when he declared himself interim president, arguing Maduro’s re-election in May 2018 was illegitimate. Guaido has since been backed by dozens of Western countries and their regional allies.

Moscow supports Nicolas Maduro and his government as the only legitimate power in Venezuela. Despite the US criticism over Kremlin’s ties with Venezuela and hit out at a number of Washington’s anti-Maduro moves, including the opening of a US representative office for Venezuela in Colombia’s capital, Russia remains a friend for Venezuela. The Russian foreign ministry said the US actions were definitely not helping in the efforts to break the political deadlock in Venezuela.

Over the summer, Russia said it wanted to continue «facilitat[ing] the development of Venezuela’s military potential», while the two countries signed an agreement allowing Russia to send military ships to Venezuela.

Russia has also provided support for Venezuela’s energy sector — according to a report by the Financial Times, Russia’s state-owned company Rosneft was Venezuela’s sole supplier of petrol in June.