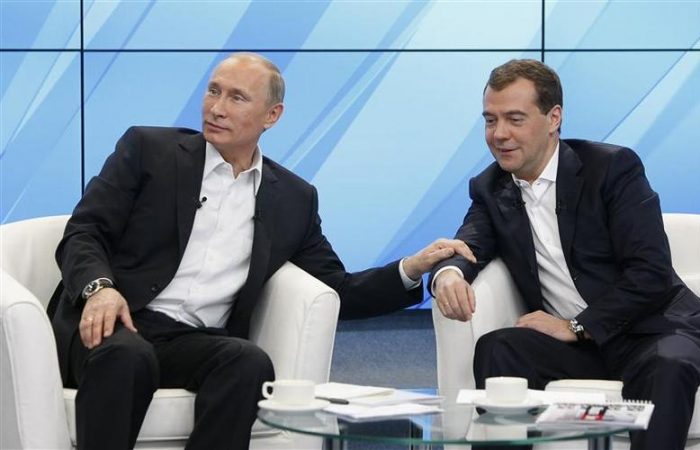 The Russian prime minister Dmitry Medvedev is going to quit, said Vladimir Putin immediately after his annual state of the nation address on Wednesday. As Hindustan Times reports, Mr Putin will choose a new government.

Russian PM Medvedev resigned, according to the head of the state. After Medvedev’s quit, Putin starts to choose a new Cabinet just hours after the Kremlin leader called for a series of constitutional changes in his annual address.

Dmitry Medvedev has been holding his important position over nine years. After his stepping down as president to make way for Putin’s return to the Kremlin, in 2020, he will take up a new post as deputy chairman of the security council, the Kremlin said. Vladimir Putin, who chairs the body as president, will be the supervisor for Medvedev again.

Kremlin’s unexpected move came just hours after Putin made his annual state-of-the-nation address, pledging as he has in past years to boost living standards and economic growth.

Over recent years, Russia has struggled to improve economic performance amid low oil prices and sanctions imposed by West. Medvedev’s Cabinet has long been criticized for inefficiency and his popularity ratings lag those of the president.

The duo of Putin and Medvedev will continue to work further

The official announcement on Medvedev’s resignation was well coordinated, the two men told ministers of PM’s departure and the resignation of the government. Mr Putin noted the government hasn’t fulfilled all of its tasks, however, he thanked Cabinet for its work.

According to ex-PM, the reforms set out by the Russian President will mean “fundamental changes” to the constitution.

“In these circumstances, I think it would be right for the government to resign,” Medvedev said.

The 54-year-old Medvedev has been among Putin’s closest political allies since they worked together in St. Petersburg city council in the early 1990s. It is symbolically that Medvedev became the person whom Putin allowed to replace him as a President for four years.