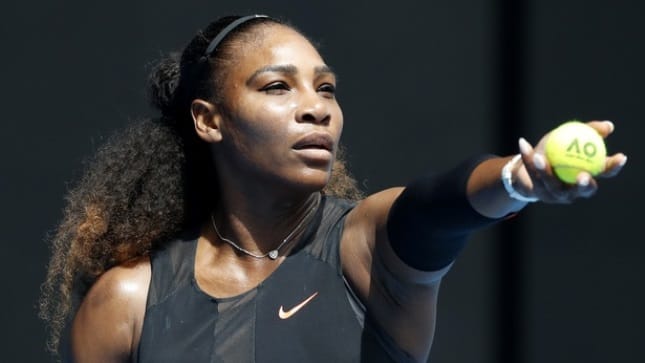 Serena Williams is ready to be back to the professional court, the American tennis legend gave birth to a girl named Alexis Olympia Ohanian Jr. on Sept. 1 but she is full of enthusiasm and even announced her participation in Mubadala World Tennis Championship.

The tennis star Serena Williams spent a wonderful year, she married Reddit co-founder Alexis Ohanian in November, a year after she became a mother of adorable Alexis Olympia. Now, the athlete has the next aim – to play during the Australian Open starts Jan. 15.  Prior to this, the 36-year-old Serena is returning to competition with an exhibition match Saturday in Abu Dhabi against French Open champion Jelena Ostapenko.

The American tennis player will face Latvia’s Ostapenko at the Mubadala World Tennis Championship in the first year that women will be taking part, tournament organizers announced Sunday.

“I am delighted to be returning to the court in Abu Dhabi for the first time since the birth of my daughter in September,”

Williams said in a statement.

“The Mubadala World Tennis Championship has long marked the beginning of the men’s global tennis season and I am excited and honored to be making my comeback as part of the first women to participate in the event,”

Serena said and added that she looks forward to seeing the fans in Abu Dhabi at the 10th Edition of the Championship very soon.

Meanwhile, men’s world number one Rafael Nadal was also supposed to play in the event but withdrew due to ongoing troubles with his knee. The year wasn’t too successful for Rafael but he is doing his best and continue the career.