Finland agrees to join NATO without Sweden
A fire broke out in the Turkish port of Iskenderun.
The UN Secretary General called on the nuclear powers to renounce the use of nuclear weapons.
The total death toll due to the earthquake in Turkey was 76 people.
Palestine expects independence from nine countries in 2023.
Erdogan said that the departments began to eliminate the consequences of the earthquake.
Poland will build an electronic barrier on the border with the Kaliningrad region.
Israel stated that the air raid was not caused by rocket fire.
The leader of the Turkish nationalists commented on the photo with the flag on the US destroyer.
Five people were injured in an explosion in Pakistan.
Our choice
Two people have been arrested in the United States on suspicion of mass murder.
53700 0
According to the latest information, the United States offered Ukraine to give Russia 20% of the territory in exchange for peace
46719 0
The Brazilian Navy sank its only aircraft carrier, the Sao Paulo.
40275 0
The Austrian Ministry of Defense commented on the decision to help Ukraine.
37411 0
Thousands of Israelis took to the streets in Tel Aviv to rally against legal reform.
35263 0
Zelensky’s office called for 350-450 tanks to be delivered to Ukraine.
34547 0 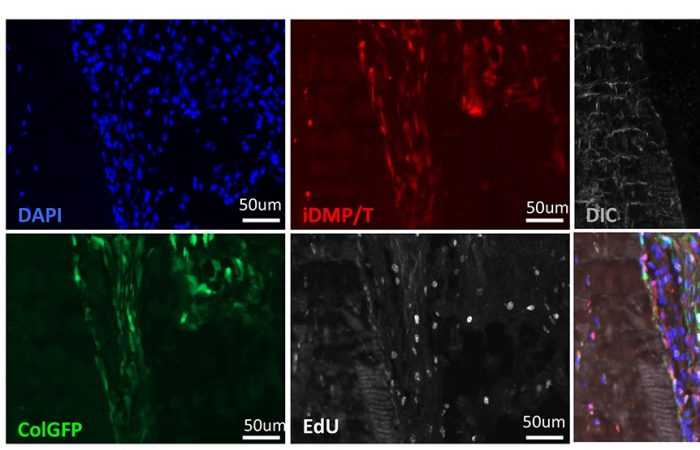 The special stem cells could remodel and regenerate the bones, according to a study conducted by the team from UConn School of Dental Medicine. A new population of cells that reside along the vascular channels.

Bone remodelling and regeneration are dependent on resident stem/progenitor cells with the capability to replenish mature osteoblasts and repair the skeleton.

It is important to note that until now, it has been thought that stem cells for bone lie within the bone marrow and the outer surface of the bone. Earlier studies have described the existence of a network of vascular channels that helped distribute blood cells out of the bone marrow. However, none of the studies had proved the existence of cells within these channels.

A new study led by Dr Ivo Kalajzic, professor of reconstructive sciences, has discovered the new population of stem cells that reside along with the vascular channels. They ‘live’ within the cortical bone and have the amazing ability to generate new bone. These stem cells stretch across the bone and connect the inner and outer parts of the bone.

Summing it up, Dr Kalajzic said, “This is a discovery of perivascular cells residing within the bone itself that can generate new bone-forming cells. These cells likely regulate bone formation or participate in bone mass maintenance and repair.”

For the first time, the study reports the existence of these progenitor cells within the cortical bone that can generate new bone-forming cells called osteoblasts, which could be used to help remodel a bone.

To prove their hypothesis, the scientists observed the stem cells within an ex vivo bone transplantation model. In other words, these cells migrated out of the transplant and started to reconstruct the bone marrow cavity and form new bone.

The innovative treatment could include the special stem cells

Treatment with intermittent parathyroid hormone increased TPC number and differentiation. TPCs were unable to differentiate into adipocytes in the presence of rosiglitazone in vitro or in vivo.

To summarize, scientists have identified and characterized a novel stromal lineage‐restricted osteoprogenitor that is associated with transcortical vessels of long bones. Their study is published in the journal Stem Cells.

Functionally, the scientists have demonstrated that this population can migrate out of cortical bone channels, expand, and differentiate into osteoblasts, therefore serving as a source of progenitors contributing to new bone formation. Despite the great perspectives of the innovative way, further study will have to determine the cells’ potential to regulate bone formation and resorption.