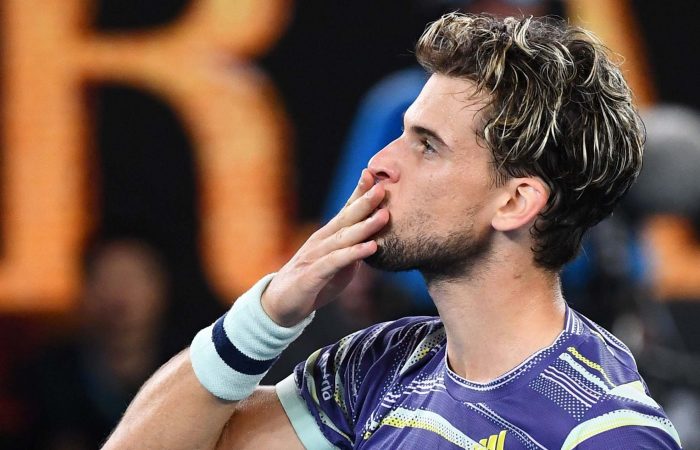 The tennis player Dominic Thiem has tested negative for the COVID-19 upon his arrival to Austria. the athlete appeared at the Adria Tour event in Belgrade, the Tennis World USA says.

The Austrian Thiem, ranked at No 3 in the world, was one of the stars in the opening part of the Adria Tour, which took place in Belgrade last weekend. Despite the recommendations of the health authorities, the players and fans didn’t particularly keep a social distance. Moreover, there was lots of hugging and handshaking during the tournament.

Novak Djokovic, another tennis star, was an organizer of the Adria Tour. He invited both Thiem and Zverev to the local nightclub to have a good time after matches were ended. On Monday, Thiem has returned to Austria where he was tested for the novel infection. Luckily for the athlete and his small team, the results came in negative.

Thiem: another victory at the Adria Tour event in Belgrade

Thiem won the Adria Tour event in Belgrade after handing a three-set defeat to Serb Filip Krajinovic in the final.

«I played some matches in Austria, but this event was different,” Thiem said. “We had high quality players and played in front of a huge crowd. It was my first time in Serbia and it was amazing. “It was a perfect weekend.

The Austrian player confessed he is happy with the level he played last week. However, the athlete reiterated it’s something very different with the big crowd of supporters.

‘You’re a little bit tight and you want to play better, because you’re not just playing for yourself, you also want to give the fans a good show,’ Dominis said.

Commenting on the Adria tour, Dominic Thiem has thanked Novak and his team, his family, for organizing the great tournament.

Dominic Thiem missed the opening week of the Ultimate Tennis Showdown because of his Adria Tour duties but he will play at the Mouratoglou Academy starting this weekend.