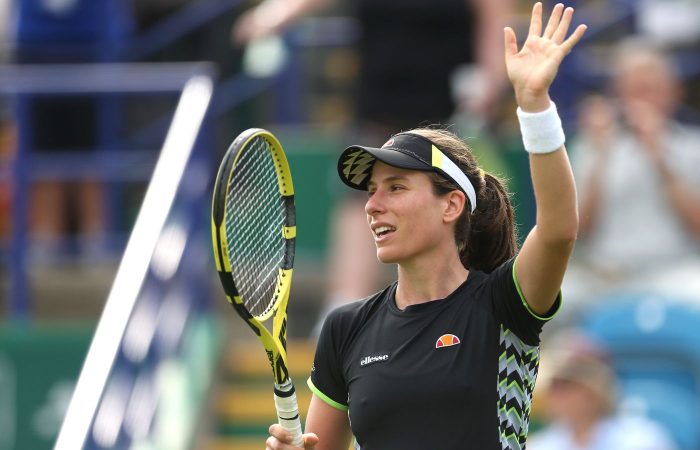 The 30-year-old tennis player Johanna Konta has announced her retirement from tennis. The former British number one has struggled with a persistent knee problem over the past couple of years, Sky News reported.

Johanna Konta who has slipped to 113 in the rankings due to the old knee trauma made a decision to leave tennis. The 30-year-old made the announcement on social media with a post headed “Grateful”.

“My playing career has come to an end, and I am so incredibly grateful for the career that it turned out to be. All the evidence pointed towards me not ‘making’ it in this profession,” the tennis player wrote.

She added that, fortunately, her luck materialized in the people that came into my life and impacted Konta’s existence in ways that transcended tennis.

Born in Australia to Hungarian parents, the athlete warmly thanked her fans for support, saying she is extremely grateful for these people. “How incredibly fortunate I count myself to be. How grateful I am,” she added.

Konta moved to Europe to pursue her tennis career as a teenager, settling with her family in Eastbourne and becoming a British citizen in 2012.

Her best season was arguably in 2017, but she slipped down the rankings in 2018 but was resurgent the following year, making another grand slam semi-final at the French Open as well as quarter-finals at Wimbledon and the US Open.