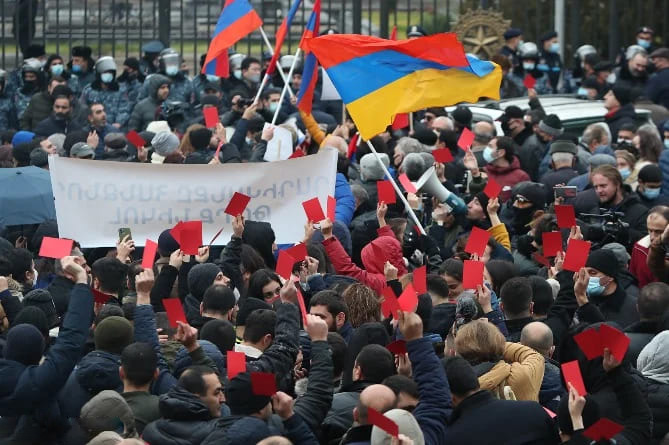 In Yerevan, thousands of people gathered at a rally demanding the resignation of Armenian Prime Minister Nikol Pashinyan.The demonstrators will not stop at one square, but plan to march along all the central streets of Yerevan.

Earlier, Ishkhan Saghatelyan, vice-speaker of the parliament from the opposition, said that a nationwide rally would be held on May 28.The rallies have been going on for a month now. The demonstrators believe that the prime minister is going to make concessions to Azeibarzhan on the issue of demarcating the Armenian-Azerbaijani border, and declare that they intend to stop his intentions.

The initial reason was Pashinyan’s statements about Nagorno-Karabakh.