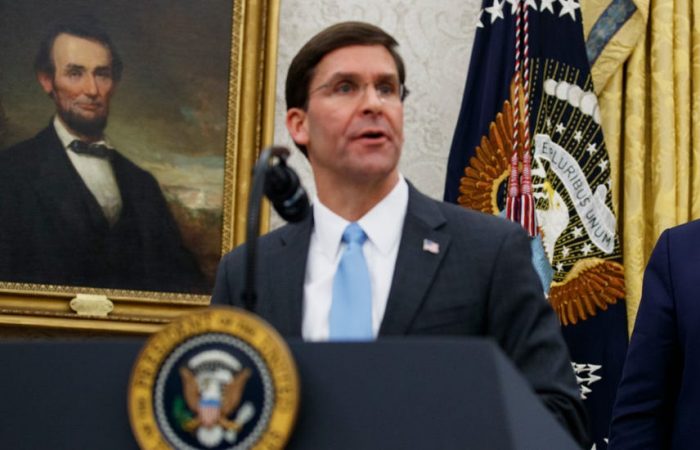 President Trump confirmed late on Monday he has rejected a Pentagon proposal to slash military healthcare by $2.2 billion, according to Politico.

The US Defense Secretary Mark Esper’s offer to reduce the cost of healthcare for the military was rejected by the President. According to Donald Trump, such a move is unacceptable, taking into account the current health situation.

The slashing military healthcare by $2.2 billion is definitely not a good decision. Trump stressed, the United States will do nothing to hurt their great military professionals and heroes as long as he is president.

“A proposal by Pentagon officials to slash Military Healthcare by $2.2 billion dollars has been firmly and totally rejected by me,” Trump wrote on Twitter.

About 9.5 million active-duty personnel, military retirees and their dependents rely on the military health system. The military’s government-run healthcare network operates hundreds of facilities around the world.

Despite Esper’s efforts to optimize the US defence budget by any means, the senior Pentagon officials had argued that such cuts would have hurt the healthcare of millions of military personnel and their families amid the ongoing coronavirus outbreak.

Last week, President Trump had privately discussed with advisers the possibility of replacing Esper after the November election following a growing number of differences between them.

In particular, Mark Esper, a former Army secretary, is respected by Republicans and Democrats as a steady hand at the Pentagon during a turbulent Office that has seen Trump repeatedly draw the military into hot-button domestic political issues, including the border wall with Mexico.

The most recent public split with Trump took place last month when Esper issued a de facto ban on the Confederate flag at military installations, at a time when Trump was citing free speech rights in his defence of Americans who fly the Confederate flag.