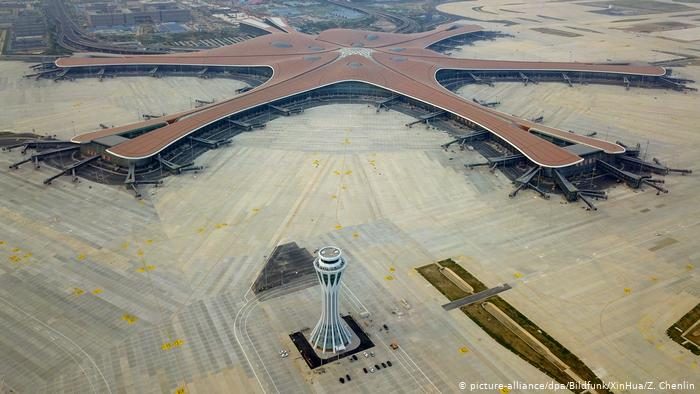 Xi Jinping has opened the biggest airport on the planet, Deutsche Welle reports on Wednesday. Daxin airport in Beijing has started operations immediately after the ceremony of opening.

The Chinese leader hailed the opening of a new airport in Beijing, the huge hub gives travellers an alternative to the city’s overburdened international airport.

Airport Daxing covers some 70 hectares, but its starfish-shaped structure was purposely designed to shorten walking times for passengers. Thus, Daxing has one terminal and four runways thanks to the unorthodox design made by the Iraqi-born architect Zaha Hadid.

The Chinese authorities are proud of the new fight hub. The complex transport object took less than five years to build after starting construction in late 2014.

According to plan, Daxing would handle up to 72 million passengers per year by 2025 and around to 100 million upon reaching full capacity in 2040.

The new Chinese airport construction’s cost was high, the experts say. As AFP reported, expenses reached some €15.3 billion for the airport. Thanks to the improved train net, travellers taking an express train from Daxing would take some 20 minutes to reach the city.

Daxing is located about 46 km south from Beijing’s downtown, which is almost twice as far as the old airport in the city’s northeast.

At the Wednesday ceremony overseen by President Xi Jinping, Chinese officials hailed it as a «new powerful source of national development.»