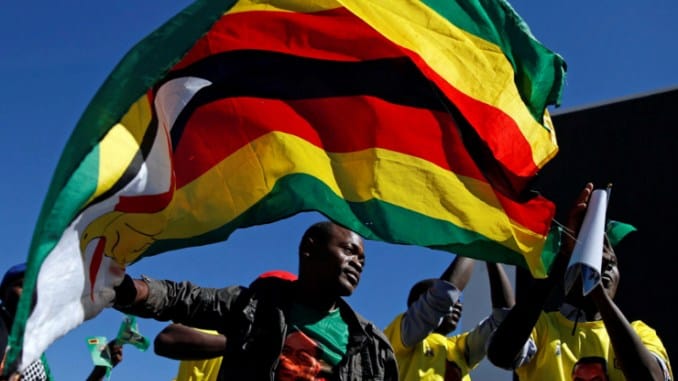 Zimbabwe’s conditions for ordinary people have deteriorated since the first democratic election, Guardian reported. The economic crisis is deepening day by day, the ruling party confirmed and added that African country urgently needs an international help.

Zimbabwe, the heavily indebted former British colony, asks for the financial assistance from the international community. It is a classic scenario for any ex-colony over last half a century: to win the election and to ask for aid. The senior officials from the Zanu-PF ruling party have confirmed that economic in crisis. Despite the Mnangagwa’s election campaign slogan was “Zimbabwe is open for business”, there is no healthy business in Zimbabwe.

The situation with some vital commodities has become scarce, people are spending a night in their cars in queues outside petrol stations, supermarkets rationing purchases or shutting entirely, and chemists unable to provide some basic medicines. Food prices have soared. In other words, it is a total collapse instead of the bright future people voted in July.

In Harare, there are signs of growing unrest, police ban a recent protest, citing concerns over disease, and arrest organisers.

The senior officials say that roots of collapse lie in the 37-year rule of Robert Mugabe. According to Energy Mutodi, the deputy information minister, this is an economy that is dealing with the legacy of Mugabe.

“There was a shock and now prices are beginning to adjust downwards,” Mutodi said.

Elections in July brought no relief to Zimbabwean people at all. the African country abandoned its own currency a decade ago amid hyperinflation, with a mixture of dollars, pounds and South African rand circulating instead. In addition to the shortage of hard currency, people lost the confidence in government bond notes, they guarantee nothing and increasingly rejected as tender by businesses.