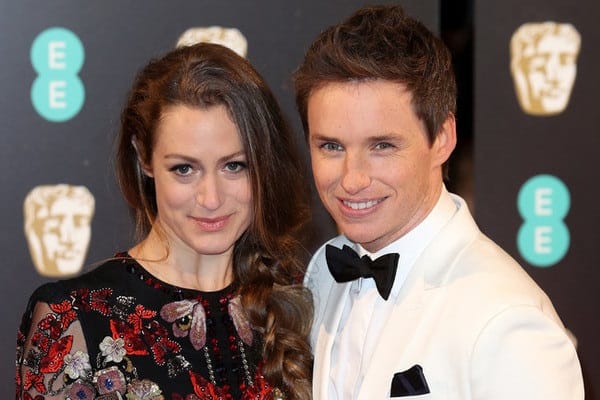 Eddie Redmayne and his wife are happy as much as possible, the British couple is expecting the second child.

Redmayne’s wife Hannah Bagshawe (34) debuted her baby bump for the first time in public on Sunday, Eddie looked also radiant and happy. They became parents in June 2016, a one-year-old daughter called Iris soon will get a sibling. The 35-year-old actor confirmed this wonderful news to Mail Online.

‘Eddie and Hannah Redmayne are delighted to confirm they are expecting their second child,’

Hannah revealed the couple’s news at the Sarabande: The Lee Alexander McQueen Foundation Jewellery Series Preview in London on Sunday. According to the guests of this event, Redmayne’s wife appeared make-up free and had a healthy stunning glow.

Although the event was a dressy launch, Hannah opted for casual wear as she rocked a black jumper, skinny jeans and navy coat at the event, pictured up top. Her husband looked similarly chill, in white trainers, chinos and a t-shirt and shirt layered combo.

The young parents prefer to spend the evening with her little daughter, so that night out was a rather rare night without Iris. The couple were seen chatting with other guests at the event who were enjoying glasses of wine, although the couple – especially mum-to-be Hannah – didn’t appear to be drinking.

Hannah and Eddie first began dating in 2012,  wed in Somerset in 2014 and announced that they were expecting their first child in January 2016. Last December, the British actor collects OBE from Elizabeth II, Redmayne was named in the Queen’s Birthday Honours list and added an OBE to his Academy Award for The Danish Girl.