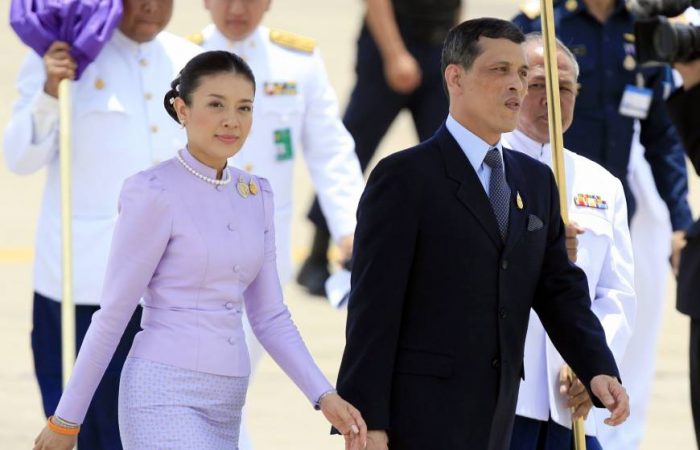 Thai Princess Srirasm, the wife of Crown Prince Vajiralongkorn, had asked permission to give up her royal status due to protocol demands, Japan Times reports. The future Thai queen’s family issues have ruined her hopes to become a queen one day.

Thai Princess Srirasm has relinquished her royal title, the reason is her family. Last month, several members of her family were detained in a high-profile corruption scandal. On Friday night, a respective brief statement from the palace’s Royal Gazette that was made public.

According to the statement, the wife of Crown Prince Vajiralongkorn, the first person in the Thai throne line, had asked permission to give up her royal status. The reason for that surprising move wasn’t specified, however, the 87-year-old King Bhumibol Adulyadej had approved the request.

Srirasm has been married to Vajiralongkorn since 2001. The couple have a 9-year-old son who could potentially have become king himself one day, since Vajiralongkorn is the current heir to the throne.

The weak financial discipline of princess Srirasm’s relatives reportedly became the real problem for the royals. Last month, Crown Prince asked the government to strip several members of Srirasm’s family of their royally issued surname. According to Vajiralongkorn, their amoral behaviour gives them no right to be a part of the royal family.

Srirasm’s relatives are facing charges ranging from bribery to extortion and using Thai monarchy’s name for personal benefit. Under Thai law, they could carry a penalty of up to 15 years in prison for defaming the monarchy.

For Palace, it is one of the most sensitive period ever. King Bhumibol, the world’s longest-reigning monarch, is in poor health.