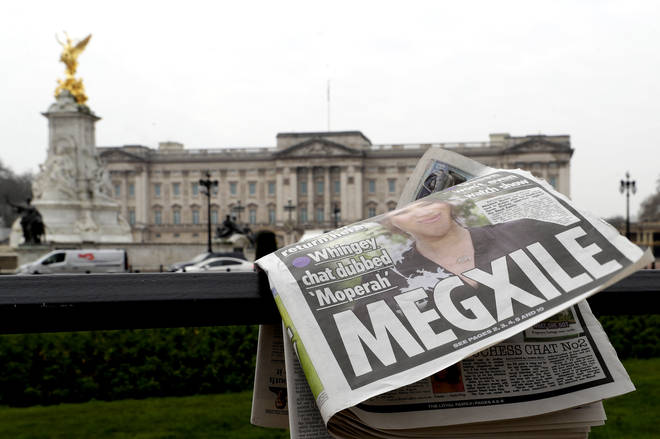 harry and Meghan’s recent interview represented a “devastating insult” to the Queen, LBC News reports. On Tuesday, the monarch was in crisis talks after the Sussexes lifted the lid on life inside Buckingham Palace.

The explosive interview reverberated around the world, Harry and Meghan did their best to destabilise the royal family. Queen’s grandson Harry described feeling “really let down” by his father who had stopped taking his phone calls for a time. According to Harry, he and William were just “trapped” by the conventions of the monarchy.

In fact, the sit-down with Oprah Winfrey by the Sussexes was the most startling since Harry’s late mother Princess Diana’s own bombshell revelations in 1995.

Commenting on her Palace experience, Meghan described herself as “naively” unprepared for life in the royal family. The former Hollywood actress insisted she was denied help for a mental health crisis. Moreover, there was even official concern about the skin colour of her unborn son while her living in London.

“I … just didn’t want to be alive anymore,” the ex-actress Meghan told Winfrey.

To emphasize the pressure, the couple both declined to name the royal involved but Winfrey. The scandalous revelations have triggered a storm of reaction and claims about racism in Buckingham Palace.

While snap YouGov poll of 2,111 adults in the UK indicated 47% thought the couple’s interview was “inappropriate,” with 21% in favour.

Harry who have secured lucrative deals with Netflix and Spotify, had to find a way to make money as “my family literally cut me off financially.” meantime, Meghan has been portrayed in some local newspapers as headstrong, calculating and spoiled, and the couple reckless and selfish for quitting royal life.