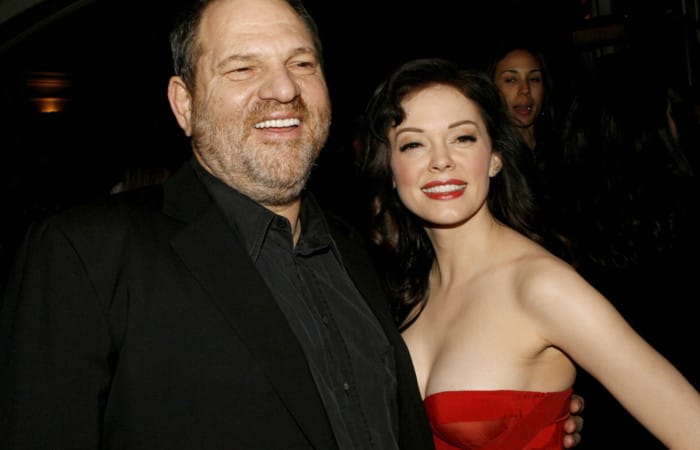 Harvey Weinstein is still doing his best to explain to people how much he respects women and actresses. On Tuesday, the Hollywood mogul has broken his silence to respond to accusations that he raped actress Rose McGowan 20 years ago. Mr Weinstein didn’t rape her, prove the emails of Ben Affleck.

The most hated man in Hollywood, Harvey Weinstein, decided to break his silence. Speaking through his lawyer, the film tycoon offered alleged correspondence to prove the claims were false: emails from Oscar-winning actor Ben Affleck, and McGowan’s former manager Jill Messick.

Mr Affleck had previously said he believed the claims that Weinstein had raped McGowan at the Sundance Film Festival in 1997 – an alleged event which she details in her new autobiography Brave.

In the emails cited by Weinstein’s lawyer and sent a few months before the Weinstein claims were made, Affleck allegedly says he had no information regarding any sexual assault.

“She never told me nor did I ever infer that she was attacked by anyone,”

the cited emails from Affleck says and added that any accounts to the contrary ‘are false’.

‘I have no knowledge about anything Rose did or claimed to have done,’

said ben who is known as Weinstein protege.

Another email used by Weinstein’s lawyer as a defence was sent by McGowan’s former manager who, after the alleged 1997 incident, said she had spoken to McGowan.

“When we met up the following day, she hesitantly told me of her own accord that during the meeting that night before she had gotten into a hot tub with Mr Weinstein,”

Weinstein’s lawyer added as well that the watching the ‘performance’ by Rose McGowan as she looks to promote her new book, however, has made it impossible to remain quiet as she tries to smear Harvey with a bold lie that is denied not only by Mr Weinstein himself but by at least two witnesses.

It is worth to note that Ms McGowan reportedly reached a $100,000 settlement with Weinstein but later spoke out, saying she had been “silenced for 20 years” and had been “harassed” and “maligned”. Another email used by Weinstein’s lawyer as a defence was sent by McGowan’s former manager who, after the alleged 1997 incident, said she had spoken to McGowan.