Leonardo DiCaprio prefers to buy the gorilla-themed T-shirts in Rwanda, this is one of an actor’s ways to support these animals’ protection in African country. The A-list Hollywood star was spotted in the local market while he was buying a T-shirt with gorilla print.

Leo DiCaprio was alone at Rwandan market where he was making some shopping. The point of interest was the T-shirt, Leo was looking for the right textile like a gorilla-themed T-shirt. The press said Leo wore a khaki button-down shirt and coordinated pants, DiCaprio shaded his face from the blazing sun with the hat and sunglasses. 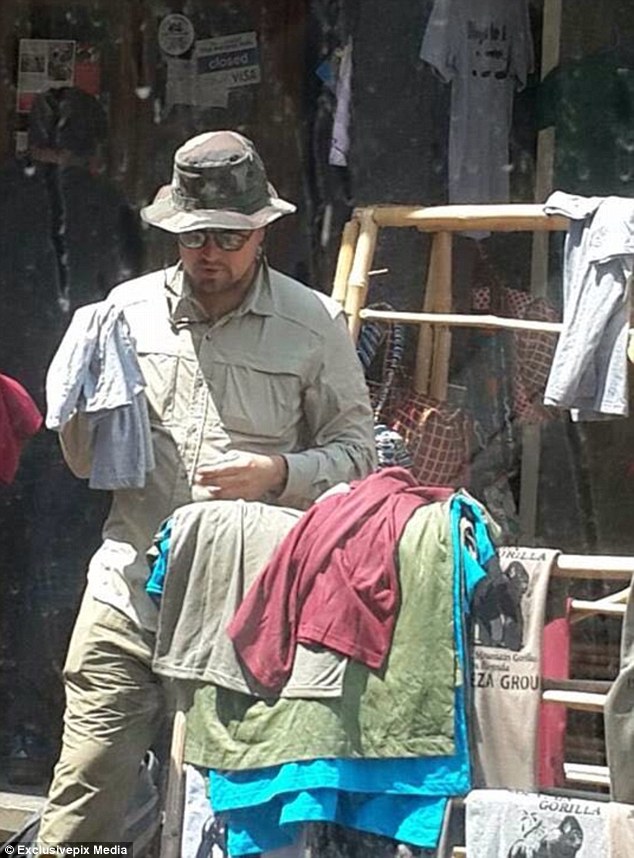 Well-camouflaged Hollywood star was almost unrecognisable, he was in good spirits while going for a colourful array of tops in Rwandan market close to the Volcano National Park where Leo’s reportedly been gorilla trekking.

Leonardo DiCaprio and Nina Agdal: the romance hots up

Leonardo DiCaprio (42) and top model Nina Agdal (24) have an affair for last seven months. In terms of Hollywood reporters, it is the serious relationship, especially for Leo. Despite all rumours of his cheating Nina, the couple is still together.

The romance between them is hotting up, Leo likes bright and young women, Nina is just perfect for him. Who is this girl, what do we know about this Danish model?

Leonardo DiCaprio’s sexy model girlfriend is steaming things up in the 2017 edition of ‘Sports Illustrated Swimsuit’. The couple has reignited things in 2016 after getting flirty in the Hamptons, the Bahamas, and Ibiza. The couple stays mostly private but Leo and Nina were spotted out again in January 2017 in Cabo Verde.