Prince Harry continues his official trip to the Caribbean islands. In Barbados, he met with Rihanna and fascinated the inhabitants of the island. Everybody likes Harry, the simple, direct and funny guy. Therefore the grandmother Elizabeth II has sent him to the islands trip instead herself.

Prince Harry has met the Barbadian megastar Rihanna at the afternoon event in Bridgetown. Actually, Harry and the singer have met twice already, at the different events dedicated to the marking 50 years of the independence of Barbados.

Prince Harry kept the singer waiting as he stopped to greet the president of Guyana first, before turning to her. Rihanna said to prince her short: ‘Hello, it’s very nice to meet you,’ and Harry blushed and widely smiled at her. The young people later sat side-by-side on stage at a celebratory concert.

The series of the ceremonies and events marking the anniversary of the independence of Barbados made prince present there. A senior royal aide said the prince, who wore his medals and his insignia as a Knight Commander of the Royal Victorian Order, had been told 20 minutes before he arrived at the afternoon gala that Rihanna would be there. He noted:

«We thought he would be meeting her for the first time at the concert.»

Rihanna wore a dress and accessories in the colours of the Barbados flag. 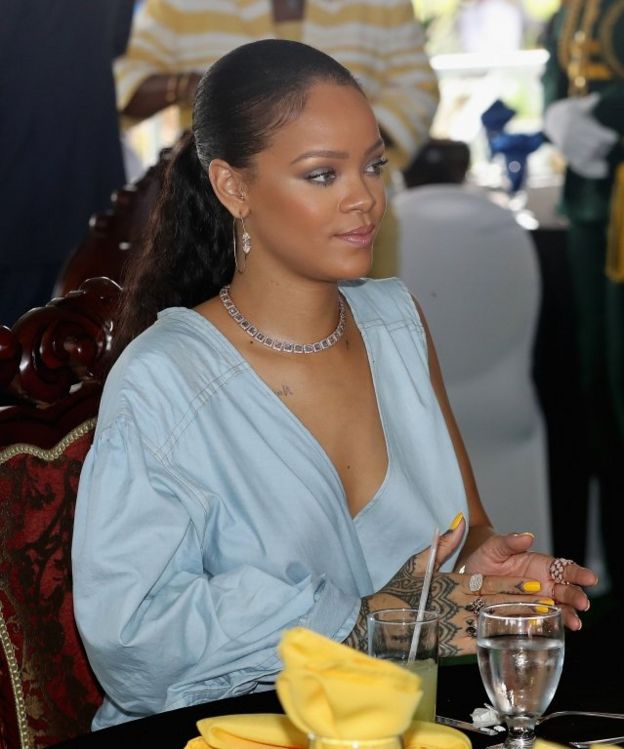 Prince Harry read a message from the Queen to mark the date, on 30 November 1966 island country broke away from British rule. Prince Harry told the audience:

‘Your independence was a declaration of confidence in the future.

‘And 50 years on Barbados is a country rightfully proud of its vibrant culture, its sporting prowess, and its natural beauty that attracts visitors from all over the world.’

Later, Prince Harry and Rihanna sat next to each other on stage at a concert at Kensington Oval cricket ground in Bridgetown.