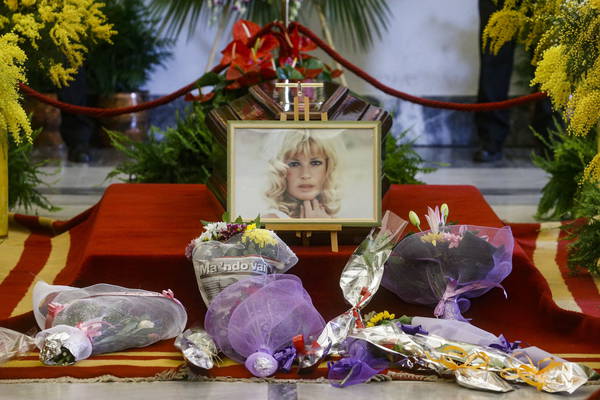 Monica Vitti, the Roman-born Italian screen legend, passed away on Wednesday at the age of 90. Mayor Roberto Gualtieri confirmed the saddest news and promised the capital city will name a public space after beloved Monica.

Rome mayor said at Vitti’s lying in state at the Capitol Friday and added screen legend was an extraordinary actress who is rightly being remembered and celebrated all over the world.

“We want to honour her. The Casa del Cinema is organizing a showing of her films today and tomorrow and we will also try to remember her properly, naming a place in our city after her,” Gualtieri added.

In the 1960s, the husky voiced Vitti started her film carreer and fast moved from being companion Michelangelo Antonioni’s ‘incommunicability muse’ in a trio of cult films in the 60s to a star of light comedies with the likes of Alberto Sordi beside her.

For Rome, her native city, Vitti was a very much loved figure, and the locals always said she was a Roman, Romanissima, mayor Gualtieri said.

Countless Romans and others filed past Vitti’s coffin to pay their last respects to the queen of Italian cinema on Friday, many leaving cards saying “Grazie Monica”. Her widower and long-time caregiver, filmmaker Roberto Russo, oversaw the ceremony with Gualtieri.