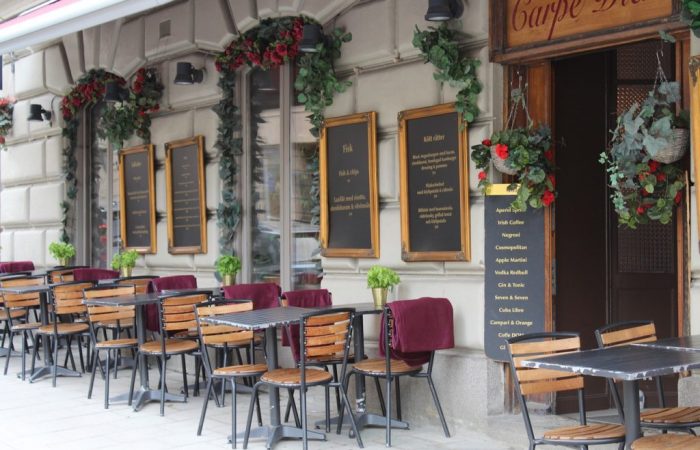 Sweden is getting back gradually to pre-COVID normalcy, the new one-meter rule was approved on Thursday. The social distance in pubs, restaurants and bars decreases, according to the last update of the post-virus rules.

In Sweden, the coronavirus regulations for restaurants and cafes were relaxed on Thursday. In fact, decreasing social distance to one meter remains the biggest change.

Under the new regulations, the Swedish business is responsible for ensuring that it’s possible to keep a metre’s distance between separate groups, and individuals are urged to also take personal responsibility in keeping distance.

Even within groups, the Public Health Agency (PHA) recommends an arm’s length distance between people from different households.

«The new part is that we have specified the one-metre distance,» the Public Health Agency’s chief legal officer Bitte Bråstad explained on Thursday. «It’s also the case that staff restaurants, school cafeterias, and food trucks aren’t covered, and they were covered by our earlier regulation.»

The new one-meter rule comes into force on July 7th, and it is part of a new act which came into force on July 1st and meant that local municipalities took over responsibility for carrying out checks of restaurants and issuing shut-down orders if needed.

Sweden’s authorities have been criticised for giving unclear and varying guidance on the appropriate distance to keep. The official regulations only state to «keep distance», and the PHA has spoken of an «arm’s length» distance when in public spaces while healthcare service 1177 has referred to «the two-metre rule» in its own information campaigns.

Restrictions for restaurants and cafes introduced in late March meant they can offer table service only, must have hand-washing and sanitising facilities, and should avoid crowding through measures like rearranging furniture or marking outdistance on the ground. These rules are still all in place.