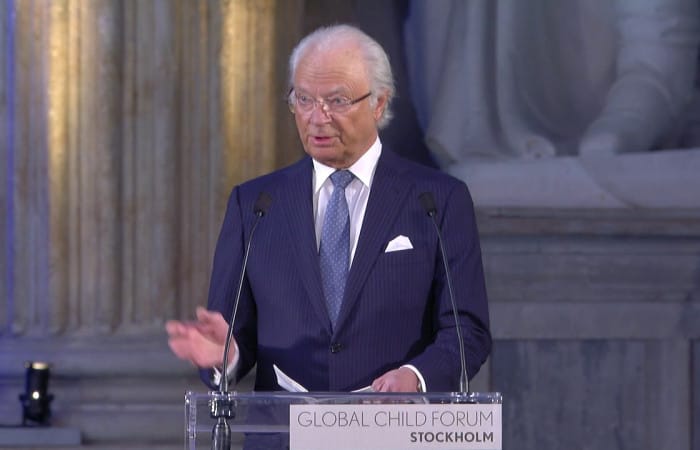 Sweden’s King Carl Gustaf preferred to stay in the country instead of visiting China, the reason is obvious – the politically tense situation inside Sweden. The scheduled visit to Asian countries was arranged by the Royal Swedish Academy of Engineering Sciences (IVA) and takes place between November 25th and December 1st.

While the delegation is leaving Sweden without His Majesty, Margareta Thorgren, Royal Court’s spokesperson, said that referring to the fact that over two months since elections, Sweden is still being run by a caretaker administration, it is better for a monarch to stay in the country.

“The reason is Sweden’s situation in regard to government-building. With regard to all overseas trips, we have consultation and dialogue with the foreign ministry and in this case the decision is that the king will not go,” Palace said.

In Sweden, King plays a key role in the political situation

Traditionally, the Sweden monarch plays important role in the formation of a government, that’s why Carl Gustaf has had several meetings with the parliamentary speaker over the past week, with more talks planned for this week. Thus, the scheduled visit to China was cancelled. However, Swedish broadcaster SVT has said that the cancellation was partly linked to “sensitive negotiations” relating to the imprisonment of Swedish-Chinese author Gui Minhai.

While the king will be involved with the formation of Sweden’s next government, there is no formal requirement for him to remain in the country until a government is formed. With the next prime ministerial vote set for no earlier than December 5th, any cabinet meetings requiring the head of state’s presence would not be held until at least a day after that.