Sydney Opera opens for business after 10 months in the dark 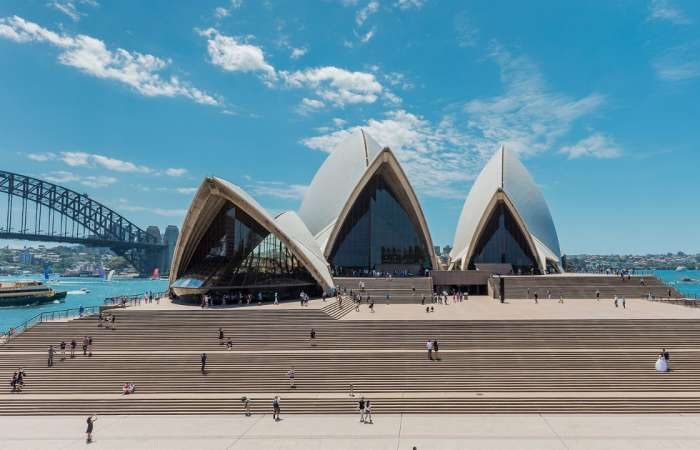 The world-famous Sydney Opera has opened its doors after ten months of the forced dark. The triumphant return was impressive, Opera is staging its first performance “The Merry Widow” before a live audience in almost a year.

The foyer of the Sydney Opera House is now full of visitors who maintain the needed social distance. After ten months of forced pause caused by the COVID-19, the Australian theatre-goers were happy to attend the opening night performance of the beloved operetta.

Australia has a world-class opera, so, it was really exciting to go back and see the wonderful company performing. According to fans, live performance is a lot better than watching it on television.

The Sydney venue has been forced to reduce its capacity to 75 percent, while attendees obliged to wear face masks. However, even that strict health protocol is much better than quarantine and TV watching.

In fact, it’s not completely satisfactory to be sitting in Opera with masks and not many people in the audience, but that is little steps in order to get back to the healthy and normal world.

While Australia heads towards ‘COVID-normal’, other nations are still struggling with the novel pathogen. Europe faced with the second or even third wave of the corona, and the UK reports the new strain of it. Unfortunately, the lockdowns became a new normal.

Despite the pandemic, Opera Australia says it’s the only opera company on the planet currently performing to a live audience.