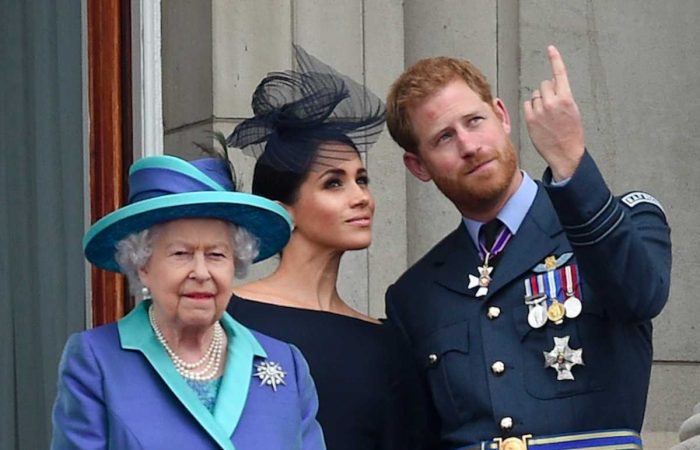 The Queen is reportedly «deeply upset» by the behaviour of her 36-year-old grandson. The comments Prince Harry allowed to make about the royal family and his father’s skills are really awful.

When Prince Harry said he has multiple childish mental dramas due to bad parenting, sounds at least unrespectful. Especially for Queen who raised her eldest son a bad parent, too. Prince Harry digs at Prince Charles’ parenting and thus makes Queen unhappy.

Her Majesty is said to still be reeling from Harry and Meghan Markle’s explosive interview with Oprah Winfrey in March. And since then, Harry has made a number of claims about his family, including the “pain and suffering” father Prince Charles “passed on” to him while growing up because Charles treated his two sons «the way he was treated».

While Harry is claiming in a non-stop mode, Prince William makes sweet confession about his in-laws during a Royal Tour of Scotland, where he was joined by a table of first responders.

Queen faces the most upsetting time

Prince Harry acts like a cruel egoistical child. Instead of caring for his grandmother who lost the hardest times after Prince Philip passed away, the 36-year-old man makes disrespectful comments about Charles’s parenting.  He was suggesting his father knows no better because of how he was brought up.

“It’s a lot of genetic pain and suffering that gets passed on anyway so we as parents should be doing the most we can to try and say: ‘You know what, that happened to me, I’m going to make sure that doesn’t happen to you.’”

Harry who is expecting the second child, has no idea what parenting is, in fact. Prince Harry is reported to have written a “deeply personal” letter to his “hurt” father before attending Prince Philip’s funeral. The emotional letter is understood to have been written in response to his relationship with Charles “hitting rock bottom”.

Notre-Dame cathedral ‘on course to reopen in 2024’