Victoria Beckham turns her daughter Harper into a trademark for make-up, toys and clothing

Victoria Beckham is not only loving mother-of-four, she is the great business woman. She turns her five-year-old daughter Harper into a trademark for use in a range of branded products.

Beckham family became a household long time ago, the British footballer David Beckham was the first who registered his name as the trademark in 2000, his wife did the same two years later.

Harper Beckham is only five years old but her name is already a trademark for use in a range of many commercial products and campaigns like make-up, toys and clothing. David and Vicky’s daughter is too young to think about her own business but Victoria has registered Harper seven Beckham’s name. This legal actions will protect Harper in the future, even in the entertainment industry. Who knows, maybe Harper wish to replicate her mother’s career as a performer.

‘As opposed to the future-proofing which is what Victoria Beckham has done with her children. It may be a sign of the times with social media and the whole way in which celebrities are exploited,’

explained lawyer Oliver Bray, such an action is popular for those were already celebrities. 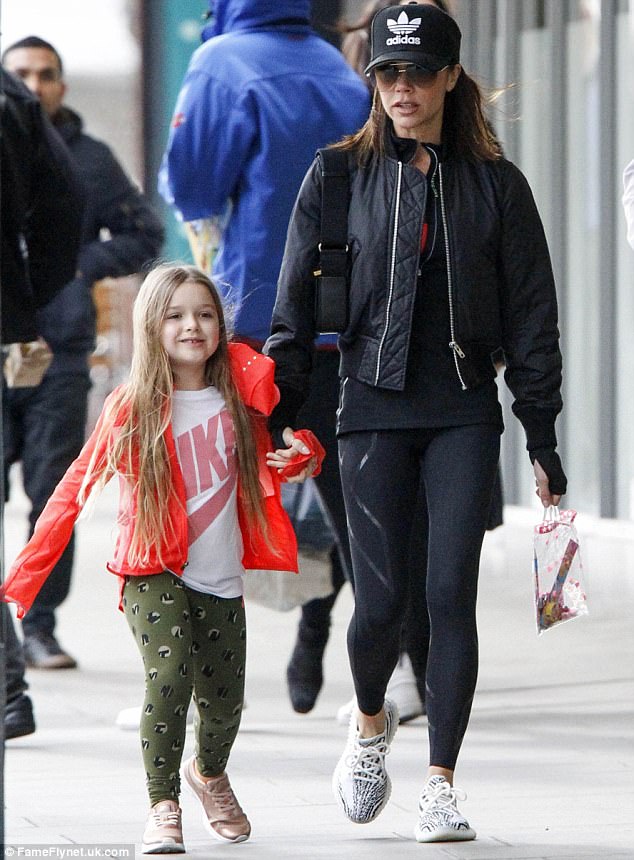 The Beckham family has a long history of the trademarking, every member of this clan is already signed up the names. Three big brothers of Harper (Brooklyn, Romeo, Cruz). Their names were officially registered to the UK’s Intellectual Property Office and the EU-wide office. Thus, in legal terms, all four kids are now officially part of Brand Beckham.

But an intellectual property expert noted it was unprecedented to trademark a five-year-old person.